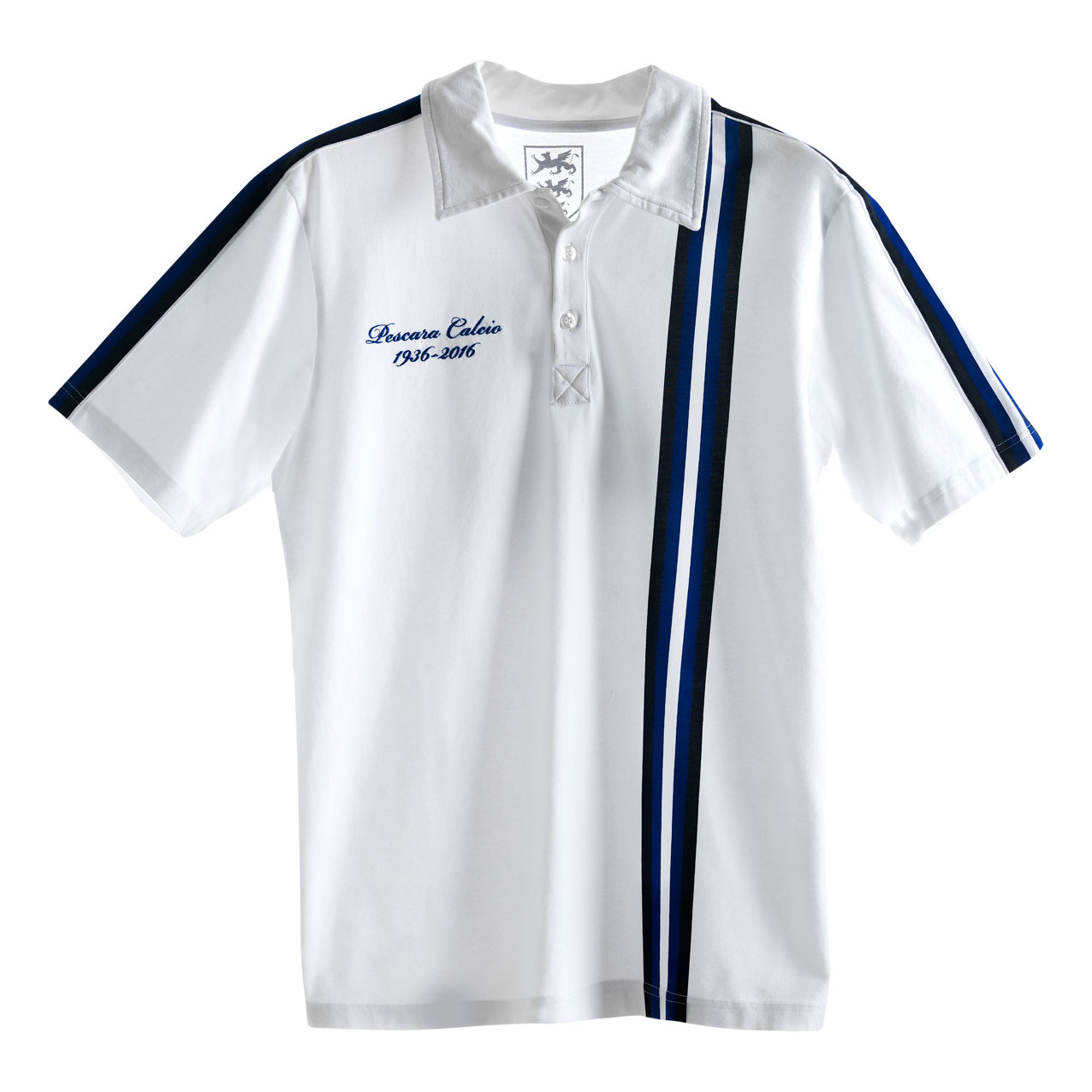 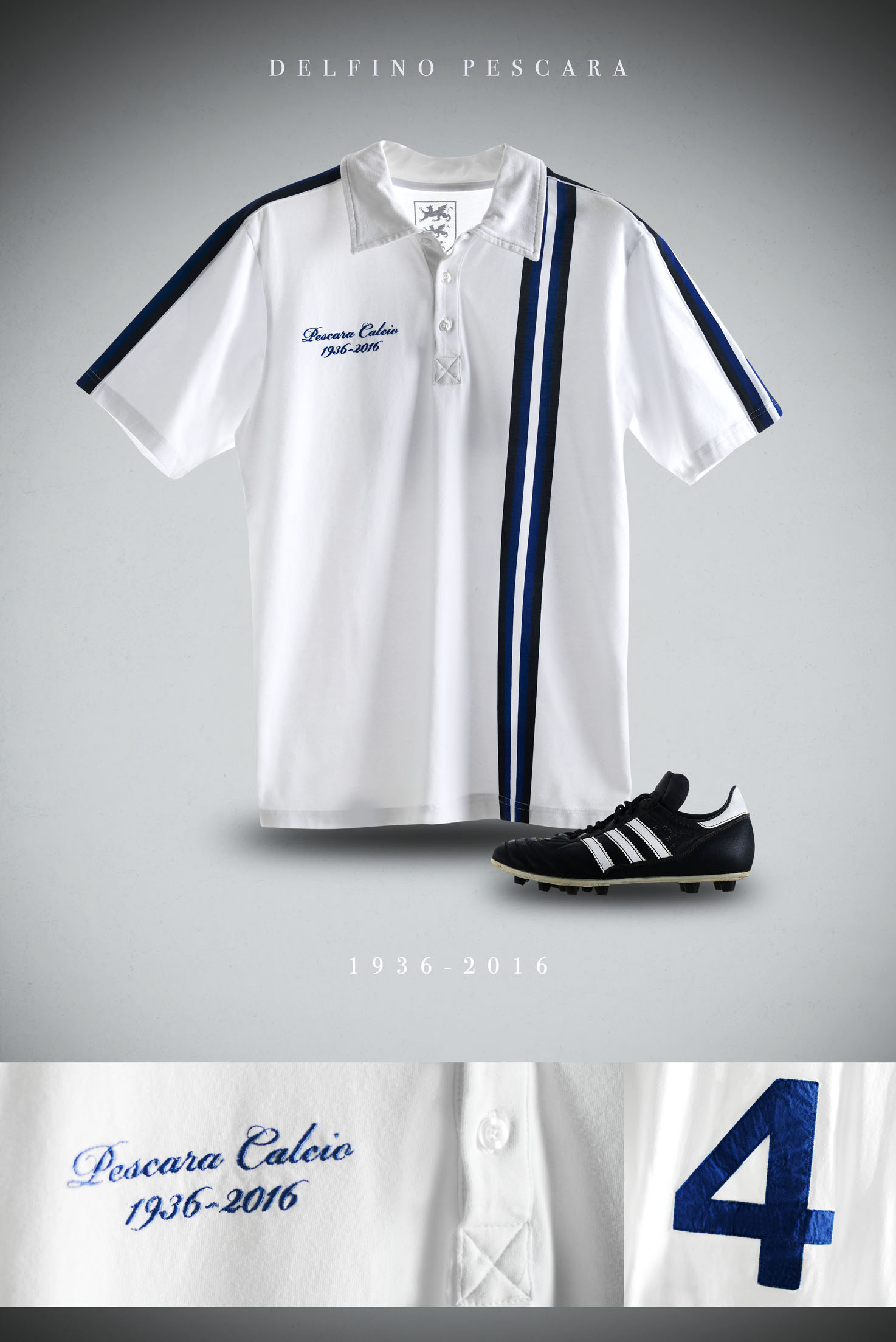 Vincenzo Zucchini, the gentleman captain. One of the most important figures in the Club’s history, Zucchini arrived to Pescara as a player in 1973 and was one of the protagonists of the 1977 team’s promotion in Serie A. As a coach and manager, after assisting Giovanni Galeone on the bench he was the mastermind behind the historical victory 5-1 against Juventus in 1993. The shirt that celebrates him is a “classic” and elegant Spensley’s jersey, featuring double stripes on the front and sleeves.