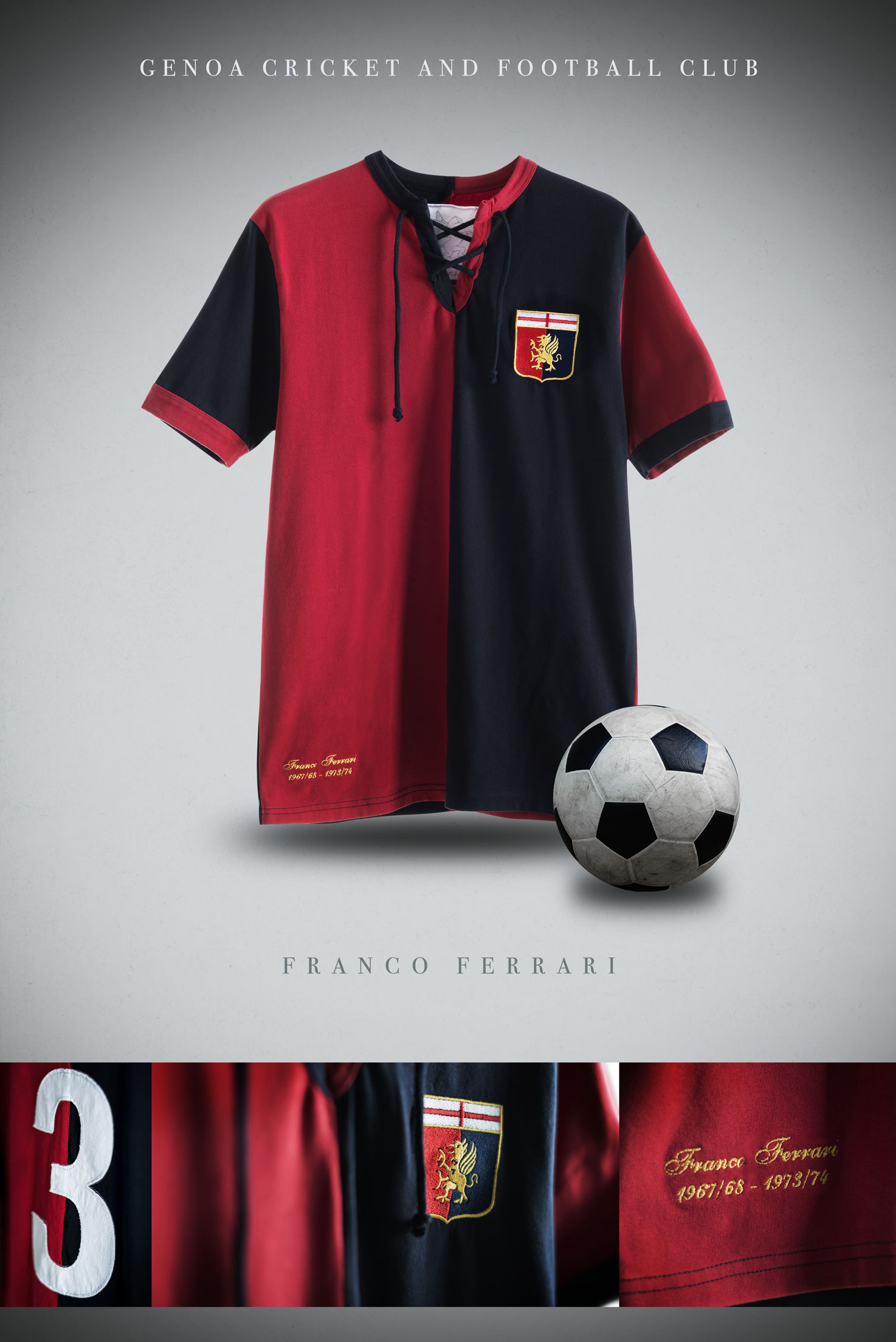 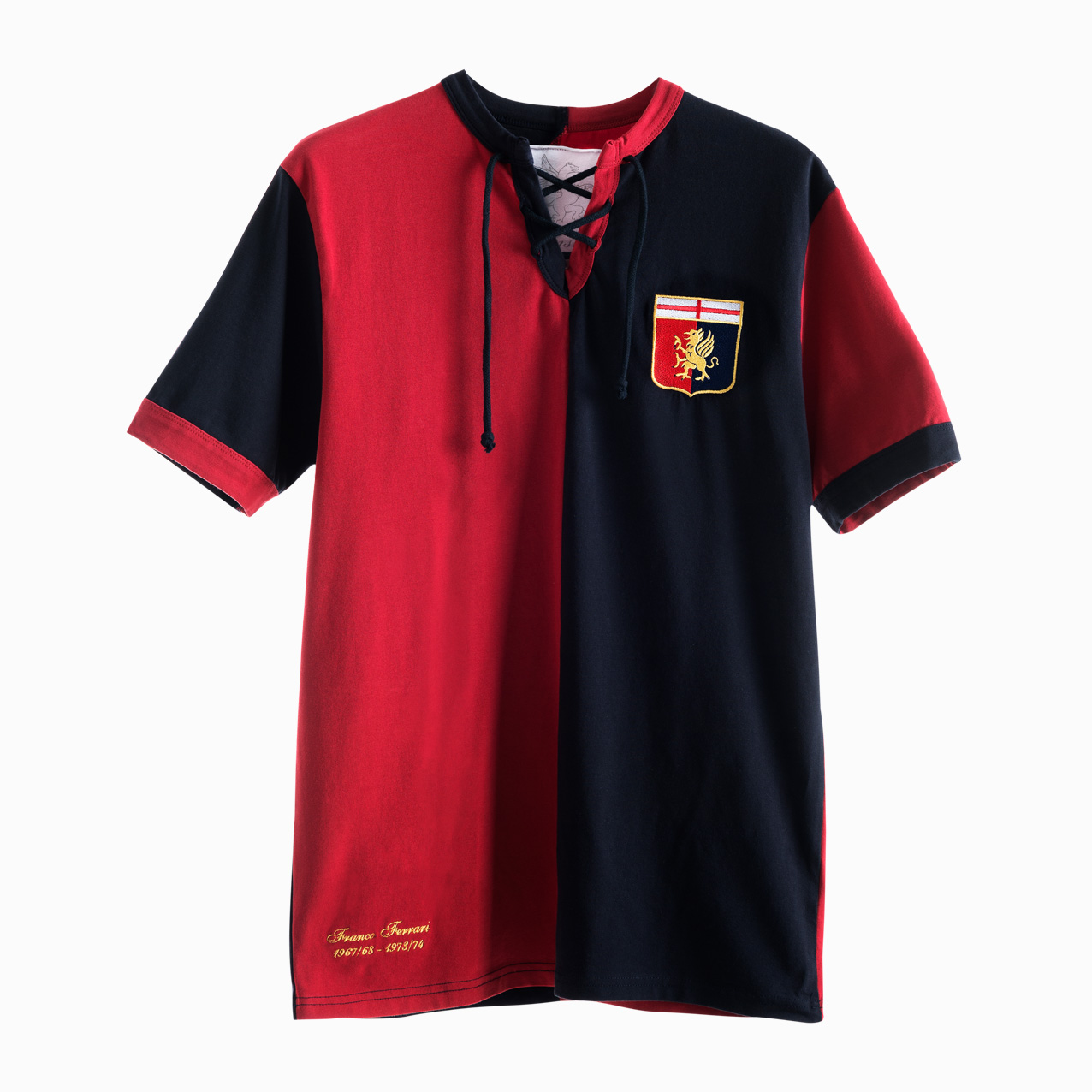 From a joint venture between Fondazione Genoa 1893 and Spensly, the jersey dedicated to the great Franco Ferrari, Genoa’s badge between 1967 and 1974 has returned. Ferrari was called the “Facchetti from Voltri” – a hamlet nearby Genova – because like the famous Inter player he too had long legs, played as a left back and had an offensive propension. Wearing the red-and-blue colors he won the Torneo di Viareggio Cup in 1965. The shirt brings back to life the beautiful coat-of-arms of those years and renovates the timeless style of Genoa’s blouses.